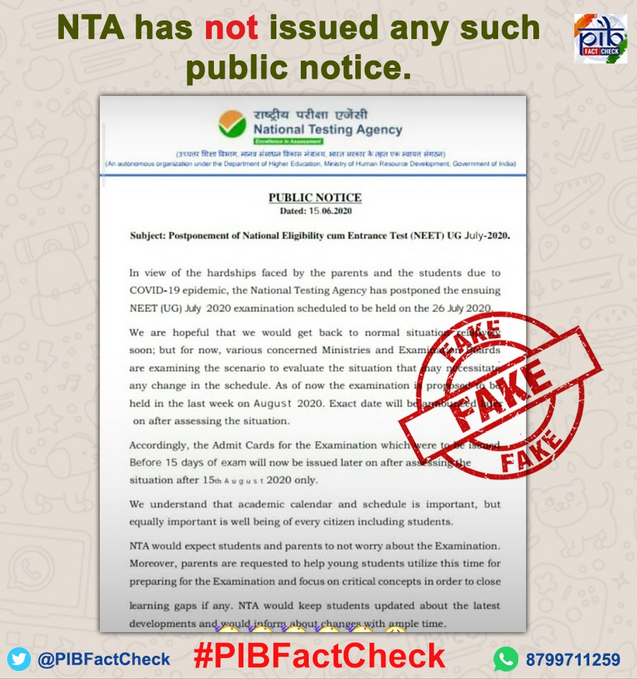 NTA said: “ All candidates and parents are hereby informed that no such decision has been taken by NTA and concerned authorities till date.”

NTA had announced that NEET 2020 exams will be held on July 26 after postponing the exam from the initial date of May 3. The exam had to be postponed due to the COVID-19 outbreak which forced the Central Government to initiate a nationwide lockdown to curb the spread of infections.