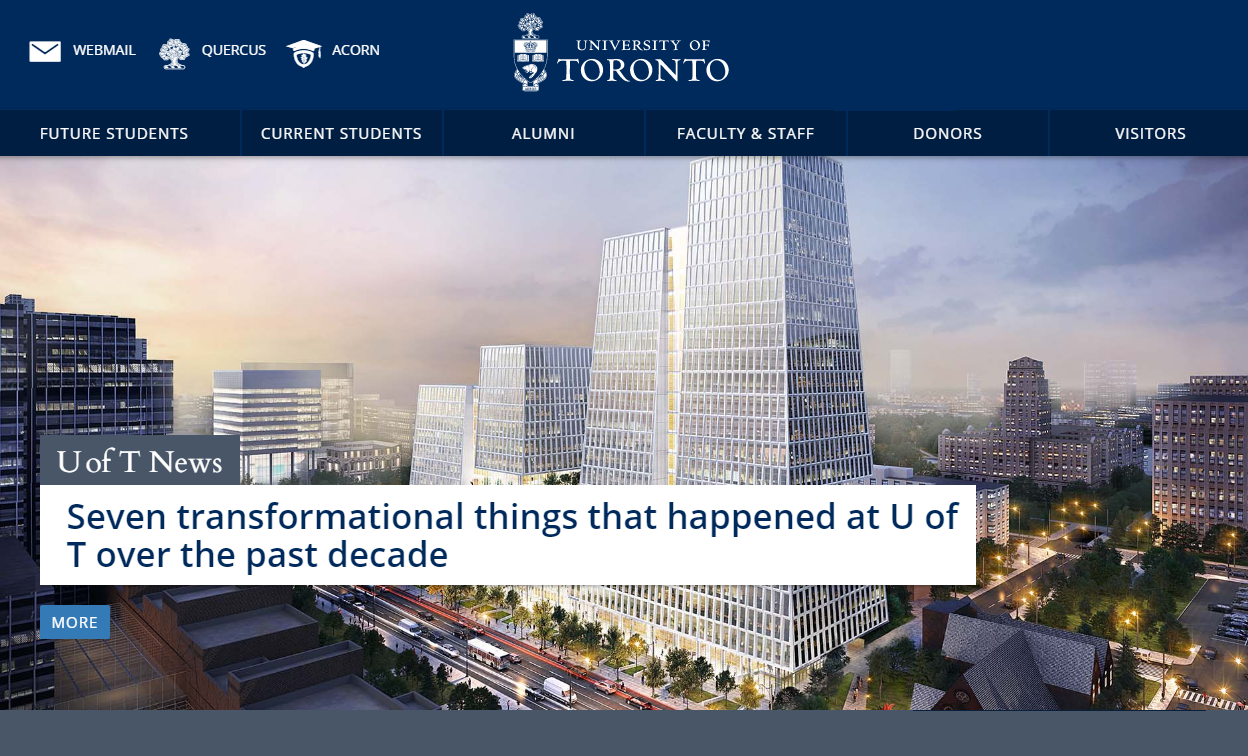 The University of Toronto, since its inception in 1827 has developed into Canada’s Leading institution of learning, it represents a historic building of over 100 years old discovery and knowledge creation. The university proudly boasts to be one of the world’s top research-intensive universities, driven to invent and innovate. UToronto, as it is famously called is a public research university in Toronto, Ontario, Canada, located on the grounds that surround Queen’s Park. It is a global leader in research and teaching and has a significant footprint, both in Canada and around the world. With some of the most celebrated architecture and beautiful green space in the Greater Toronto Area and Mississauga, UToronto offers an extraordinary environment in which to learn and work. Its campuses are situated in one of the world’s most dynamic urban environments.

Toronto and the surrounding region is consistently ranked as one of the most diverse urban centers in North America. Toronto attracts great businesses, restaurants, entertainment and community events are everywhere you turn and that’s what makes it a fantastic region in which to live and learn. UToronto has three campuses: Downtown Toronto (St. George), Mississauga (in the West) and Scarborough (in the East). 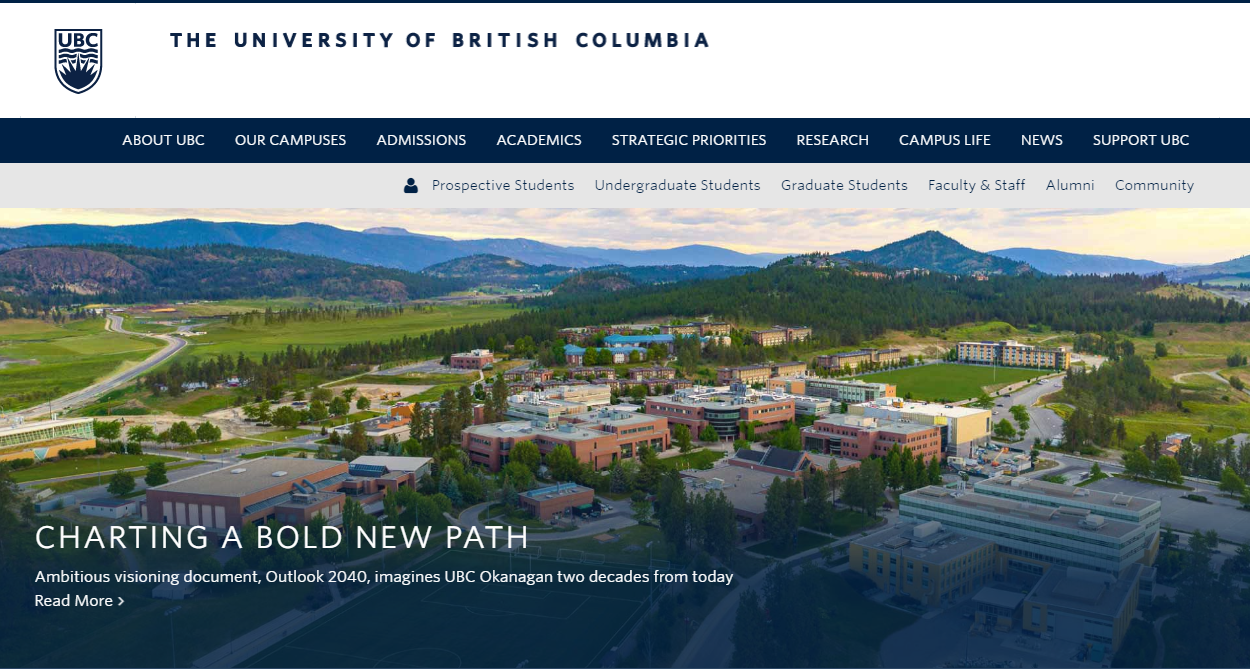 Established in 1908, the University of British Columbia is an open research university. Based on the founder of
the university, Henry Marshall Tory, a medal of his name was brought into existence in 1941. Recently, the
university is recognized as the most international university in North America. It has a motto that says, “It is
Yours”. This motto was declared in 1915 and commits to support innovation of ideas, discovery, and learning.
The motive is to encourage the students and create new concepts that bring remarkable changes in the world.
By the 20th century, the university began to offer a degree in the field of nursing, agriculture, and engineering.
Also, it introduced the American model of specialization and a research thesis.

Located in Point Grey, the university comprises of two campuses, one in Vancouver and the other in Okanagan. The main campus is in Vancouver and is spread across 400 acres of land. The campus is covered with greenery all over. It houses some popular centers like the Chan Centre for Performing Arts, Centre for Interactive Research in Sustainability, UBC Welcome Centre and UBC Centre for Plant Research. Few of the departments that are found at the campus include Faculty of Arts, Faculty of Dentistry, Faculty of Law and Faculty of Science. Okanagan, Campus is known to be home to the center of research and learning. Both campuses organize many cultural activities and events. 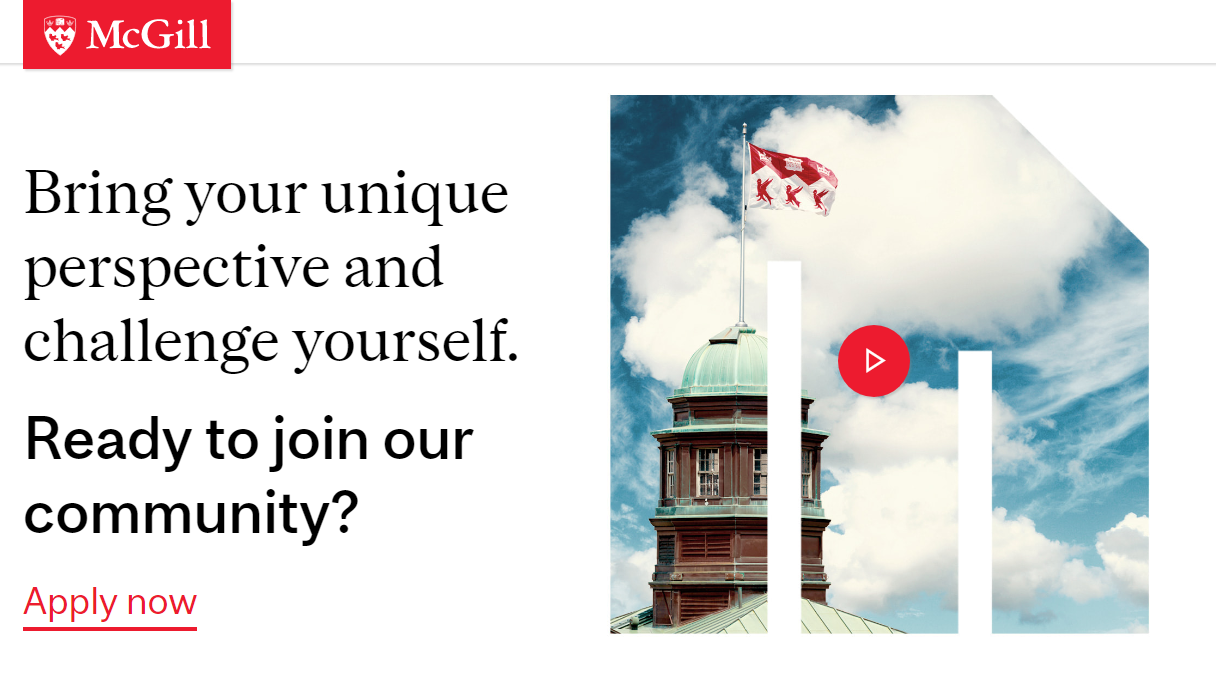 Downtown campus is the main campus of the university. It is located in Montreal, Quebec, Canada, and is divided into the lower campus and the upper campus. Downtown offers accommodation to about 3,000 undergraduate students. The residential halls are well constructed with all necessary amenities. Moreover, the campus is close to restaurants and cafes, and general and medical stores for the convenience of students. Also, the public conveyance is easily accessible from the campus. Another campus of the university is known as the MacDonald Campus. It houses various university departments like the Faculty of Agriculture and Environment, School of Nutrition and Institute of Parasitology. Also, most of the research work is done at this campus. 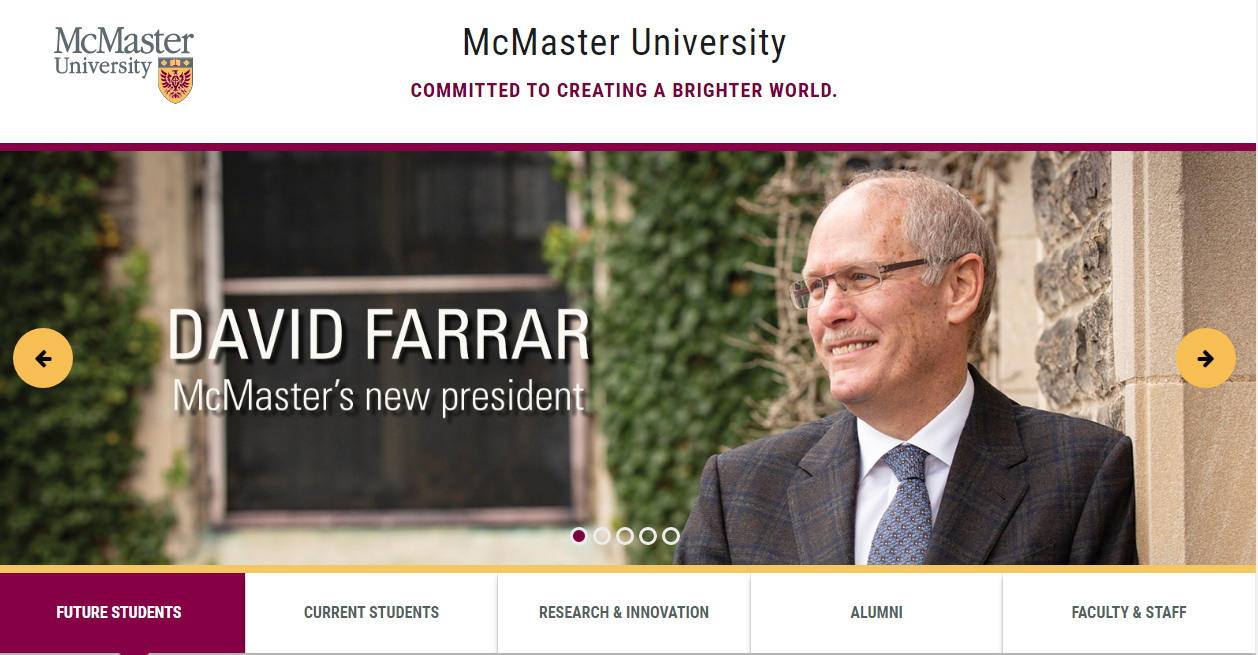 McMaster University is among the only four universities in Canada that has been ranked consecutively in the top 100 by major global rankings. The university was founded in the year 1887 by Senator William McMaster in Toronto. It was later shifted to Hamilton in the year 1930. It is a research-oriented, medical-doctoral university which initiated the problem-based approach to learning which later came to be known as “The McMaster model”.

The university comprises of four regional campuses including downtown Hamilton, Niagara, Kitchener-Waterloo, and Burlington. The main campus of McMaster University is situated in West Dale neighborhood of
Hamilton, Ontario. McMaster University offers Arts & Science Programs and six departments/faculties including
the faculties of Health Sciences, Science, Humanities, Social Sciences and Engineering and the DeGroote School of Business. It houses over 70 research institutes.

Also called UdeM, the University of Montreal is a non-private research institution of higher education in the Québec province of Canada. The French-language University was established in 1878 as the new branch of Université Laval but later became a self-governing foundation in the year 1919, and got a legal stamp in 1920. Earlier Université de Montréal was situated in Montreal’s Quartier Latin but later in 1942, it moved to Mount Royal. It got the status of a secular establishment in the year 1967.

The architecture of the university showcases some elements of international style, especially the Art Deco style. It was beautified and designed by renowned architect Ernest Cormier.

Established in 1908, the University of Alberta is an open research university. It was developed with a major
focus on applied research and extension work. The classes started in the same year of establishment with an
enrolment of 45 students. In the beginning, three courses were offered, namely mathematics, English and
modern languages. In 1912, the university awarded its first degrees. Later on, a research programme was
introduced. Its famous Timms Centre for Arts was built in 1993 with the help of a huge donation made by Albert Timms.

The University of Alberta, Canada, comprises of five campuses, including North Campus, South Campus, Campus Saint-Jean, Augustana Campus, and Enterprise Square. Located on the bank of the River North Saskatchewan, North Campus is the main campus that is spread across 200 acres of land. This campus comprises of over 150 buildings. It was built by Barton Myers in 1969. All the university campuses provide accommodation with all the necessary facilities required for the convenience of students.

Established in the year 1848, the University of Ottawa is known as the world’s biggest bilingual university in Ottawa, Canada. It offers both French and English learning. It features more than 400 programs both graduate and undergraduate with an opportunity to work in one of Canada’s five big universities along with a boost in placement and work experience, practical experience and develop professional terms for a career in future.

In addition, the students get a chance to work in government offices or at big research institutes. The university offers subjects like Social Science, Law, Education, Arts as well as Health Sciences. Few different courses offered by the university are Bio-Medical Science, Commerce, Globalization and International Queer Cinema. Ottawa University is listed among the top 10 research universities and the main areas of research are Molecular and Environmental Sciences, E-society and Health as well. 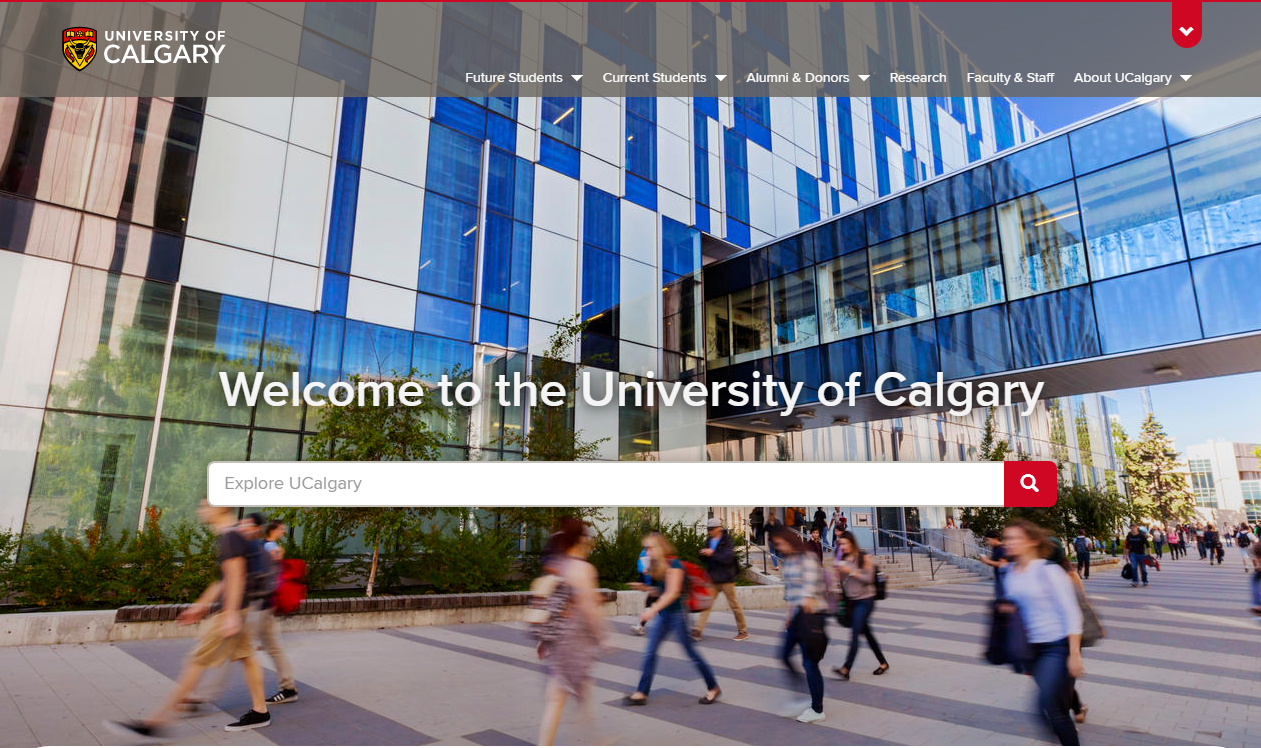 The University of Waterloo is a public research Institution that came into existence in the year 1957. In the early 1960s, Waterloo became one of the first universities in the world to give undergraduate students access to state-of-the-art computers. Waterloo offers more than 100 undergraduate degrees along with 190 graduate programs. In addition, the University has 6 faculties and 12 faculty-based schools to administer its academic programs. Located in the heart of Canada’s technology hub, the University offers a great platform for graduates to deepen their work-based learning. This university was also one of the first to introduce the ‘co-op’ or the co-operative programme outside of engineering. Co-op programmes combine classroom teaching with practical training methodologies.

Founded in 1878, Western University ranks as one of Canada’s top research-intensive universities, and is among the top 1% of universities worldwide.

More than 38,000 students from 121 countries share in classroom experiences and engage in study-abroad, research and volunteer opportunities to broaden perspectives and knowledge. Western students balance academic achievement with opportunities for athletic, volunteer and social engagement, fostering a strong community that extends to more than 300,000 alumni worldwide.

At Western, you will learn from nationally and internationally renowned professors and researchers. You can also complement your degree with a range of co-curricular activities, including leadership and learning opportunities both on- and off-campus.

Western is considered one of Canada’s most beautiful campuses, filled with trees and green space, beautiful buildings, dedicated study space and impressive facilities. Our extensive on-campus residences provide a safe and comfortable home for students while they study, and our city, London, Canada, is a welcoming, diverse community of approximately 383,000 people.