Students choice of selecting a university abroad depends heavily on the employability opportunities. Every year “The Times Higher Education” releases ranking list for universities around the world. The ranking is based on 13 performance indicators which measure the institution’s performance across teaching, research, knowledge transfer and international outlook.The list is prepared after compiling answers of several recruiters, chief executives and business managers from top companies in 20 countries.Let us have a look at the list “Top 10 Universities in France for Higher Education for the Year 2021” 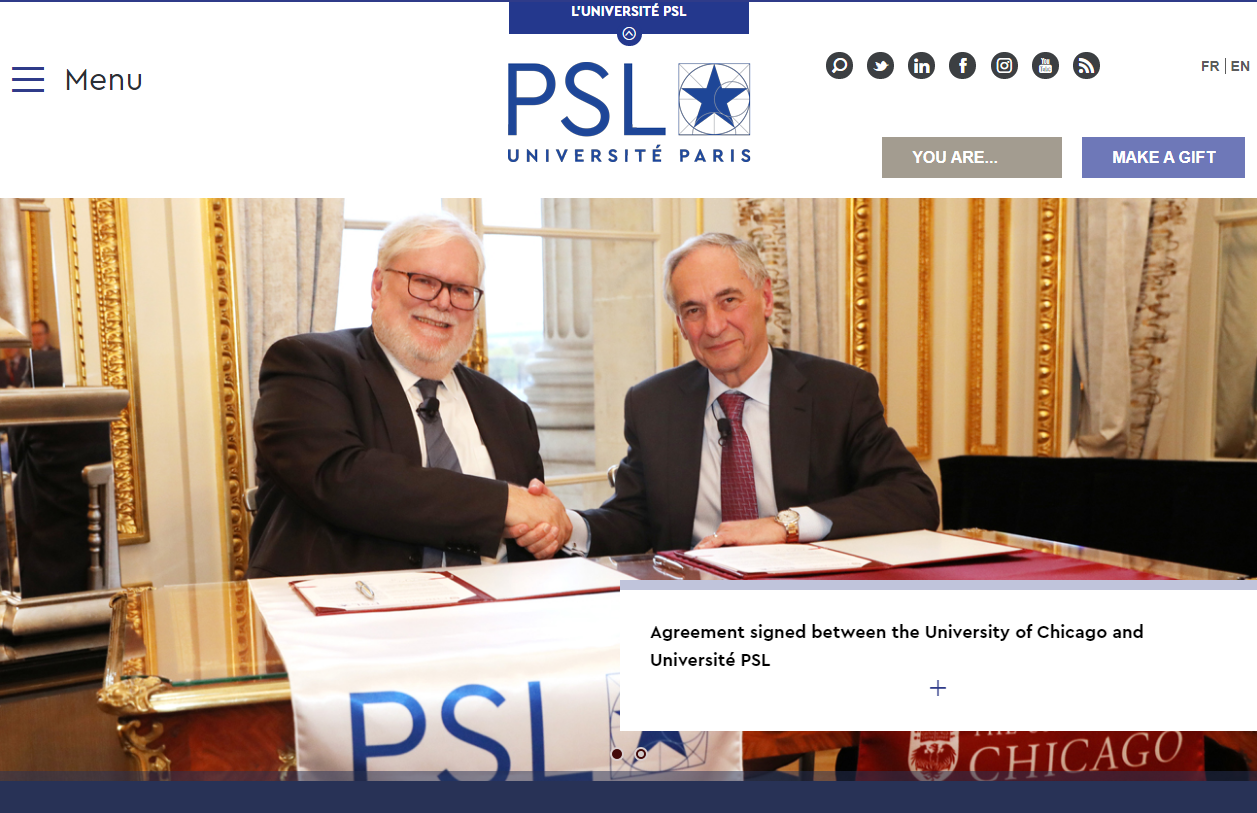 Univeristé PSL (Paris Sciences & Lettres) is a university formed in 2010, though some of the member institutions were founded during the Enlightenment (the Collège de France, L’Observatoire de Paris, and the Beaux Arts). Originally formed of five institutions, it has grown significantly to 9 academic and research member institutions and 10 affiliated institutions. PSL encompasses every field of knowledge, from the sciences and engineering to the arts, humanities and social sciences. It was established with the aim of becoming one of the leading research universities in the world.

One of the member institutions, the highly selective École Normale Supérieure, which takes only 200 students a year, can be traced back to the post-revolutionary National Convention of 1794. It was originally established to train secondary school teachers in order to ensure a consistent national education. Today, it takes only 200 students a year in sciences and humanities, who receive a salary of about €1,300 (£1,114) per month in return for 10 years of service in the public sector after graduation.

In 2011 the Equipex projects were unveiled in France, which involve grants of up to €10 million to fund pioneering research equipment, of which PSL has obtained at least seven grants. Facilities funded include for aquatic ecology, therapeutic use of genomic data applied to cancer treatment, magnetic resonance, and cerebral ultrasound therapy.

Founded in 1794, École Polytechnique is France’s leading institution in science and technology. A product of the French Revolution and the Age of Enlightenment, École Polytechnique has a rich history that spans over 225 years.For over two centuries, alumni have profoundly marked the history of science and industry and contributed to the great advances in their fields that have shaped the world as we know it today.

Since its founding, the university has borne a long tradition of scientific excellence. Researchers, professors and alumni from École Polytechnique have received prestigious awards and distinctions, including Nobel Prizes and Fields Medals.

Located in a world-renowned science and technology ecosystem. École Polytechnique’s campus is located less than an hour from central Paris, at the heart of the Paris-Saclay research and business cluster. It encompasses research facilities, numerous higher education institutions and over 50 company R&D centers. 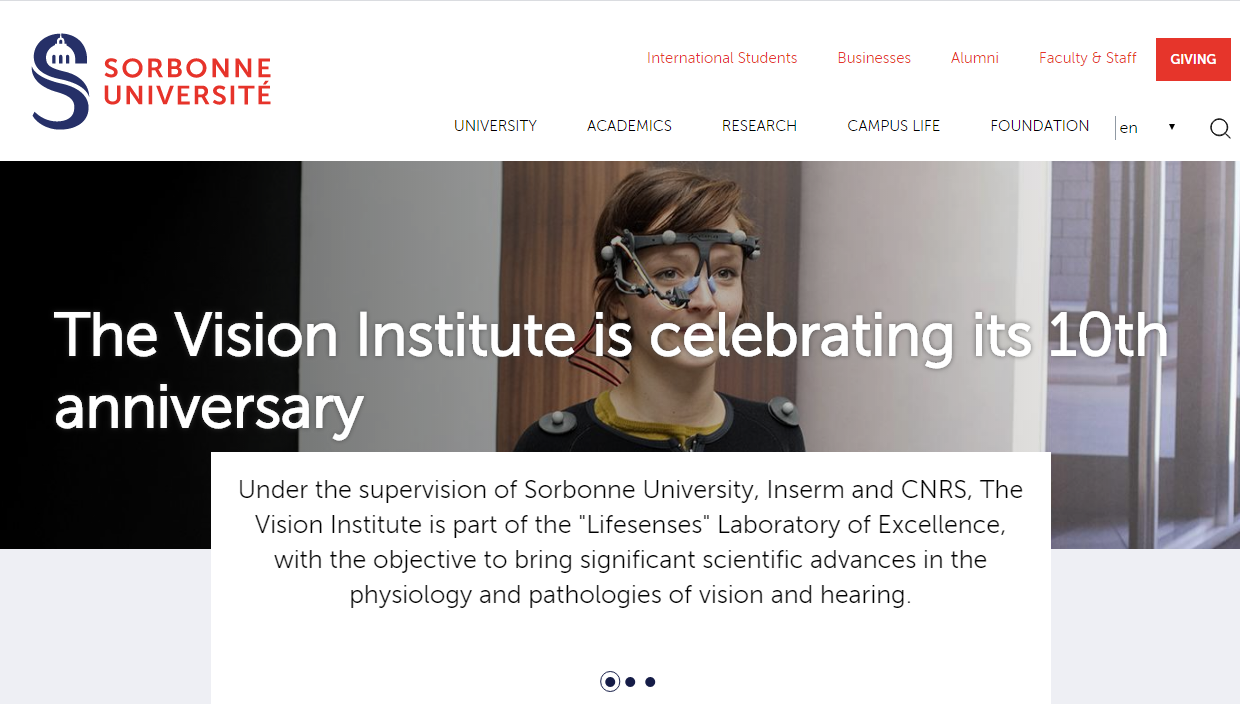 The university’s central campus is located in Paris’s Latin Quarter, on property inherited from the former University of Paris.

The Jussieu Campus – formally the Campus Universitaire de Jussieu – is located in the 5th arrondissement of Paris and was the main campus of the Pierre and Marie Curie University (also known as Paris VI). Meanwhile, the institution’s Maison de la Recherche campus houses the history and geography departments and the Serpente Library, which boasts more than 50,000 works and about 300 French and international periodicals.

Sorbonne University is comprised of three faculties: arts and humanities; science and engineering; and medicine. In 2008, Paris-Sorbonne University Abu Dhabi was established in the United Arab Emirates, which teaches a range of qualifications in the French language. 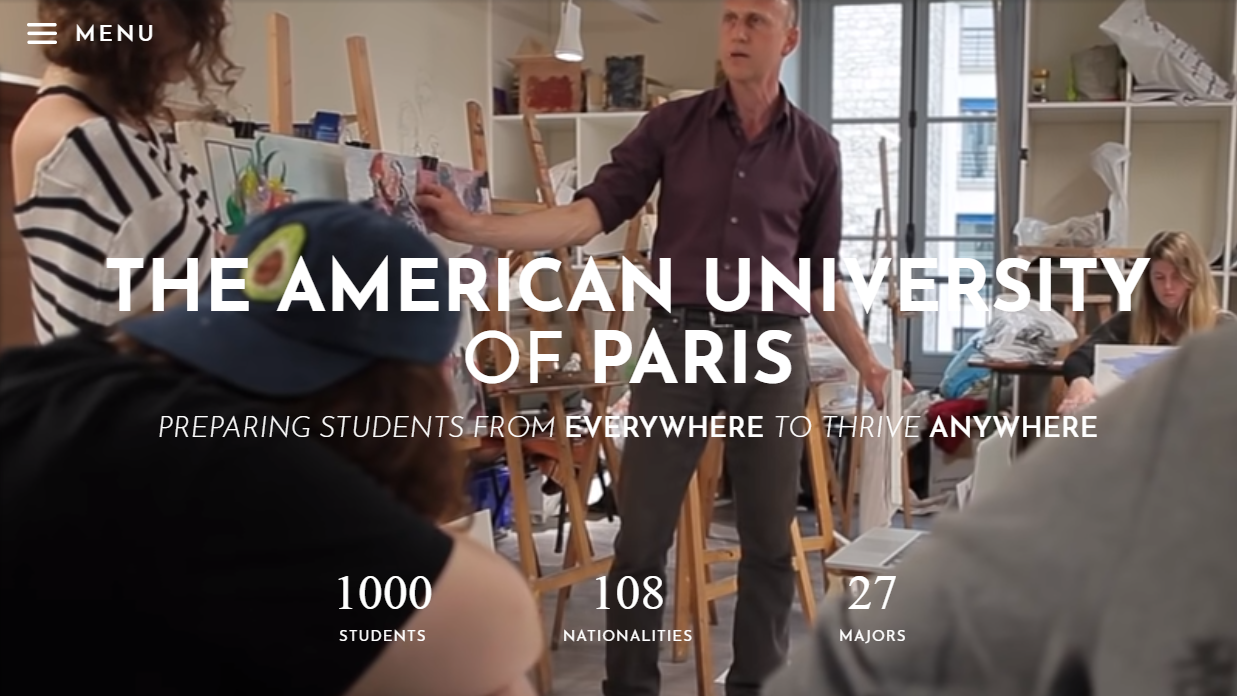 At the heart of the global network of knowledge and innovation, Université de Paris is France’s leading multidisciplinary university.

Born in 2019 from the merger of the universities of Paris Diderot, Paris Descartes and Institut de physique du globe de Paris, the ambition of Université de Paris is to lead and develop an exceptional potential to meet the challenges of tomorrow’s society.

With a recognized international standing, as well as a strategic portfolio of privileged academic partners throughout the world, it offers its students state-of-the-art, innovative courses in the following fields: Arts, Humanities and Languages, Human, Economic and Social Sciences, Science and Technology, Medicine, Dentistry, Pharmacy, and Nursing Université de Paris is fully engaged in an experience that brings together thought leadership, pedagogical innovation in education, and excellence in research at the graduate level. 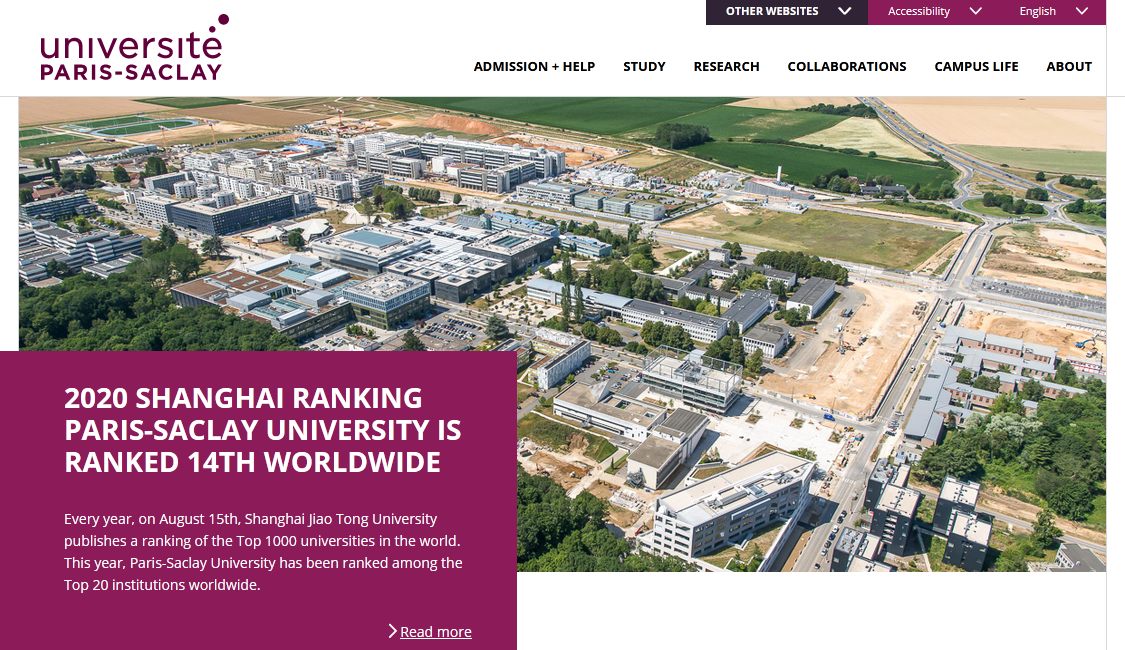 Université Paris-Saclay offers a wide range of courses, from bachelor degrees to doctorates, recognized on an international level, within the fields of Basic Sciences, “Biodiversity, Agriculture and Food, Society and the Environment”, “Biology, Medicine and Pharmacy”, Humanities, “Engineering, Information Science and Technology”, Social Sciences, Law and Political Science, and “Sports Sciences and Human Movement”. Université Paris-Saclay also offers international Summer Schools throughout the year. These programs target all types of audiences (Bachelor, Master, Ph.D., Postdoc, Researchers) and cover a wide range of fields of research.

Cross-cutting research is one of Université Paris-Saclay’s key priorities. Working in one of the 275 laboratories of the Paris-Saclay ecosystem, our teams of researchers produce over 12,000 scientific publications per year and have an international standing in many fields such as mathematics, laser and particle physics, astrophysics, neuroscience, nanoscience, material sciences, chemistry, neuroscience, plant sciences, engineering, economics and business, law, political and social sciences. Université Paris-Saclay has given rise to 10 Fields medalists and 2 Nobel laureates. 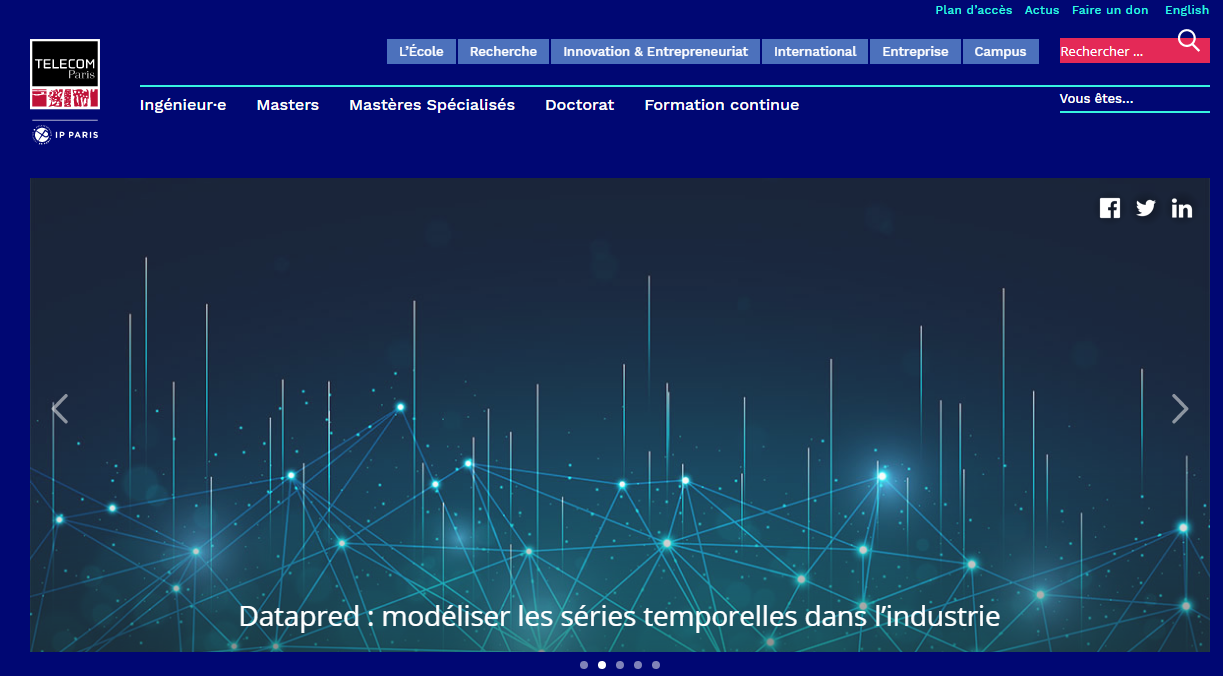 Few universities anywhere can have experienced more change in a single year than Telecom Paris in 2019. In June it adopted its present name after a decade as Telecom Paris Tech and in the autumn is due to move to a new campus in Paris-Saclay as part of a federation of institutions it was hoped might become the “French MIT”.The name change was one of a number dating back to its foundation in Paris in 1878 as the Ecole Professionel Superieure des Postes et Telegraphes. A notable history includes being the source, through director Edouard Estaunce of the word “telecommunications” in 1904.

Highly selective via examination, like all of France’s Grandes Ecoles, it recruits around 250 graduate students, a third or so of them from abroad, each year. There are four departments – electronics and communications, computer science and networking, signal and image processing and economic and social science.

Based in the Rue Barrault in southern Paris in 1934, it will move to its new Palaiseau campus, close to the Ecole Polytechnique and with several other research institutions sharing the same site forming the Institute Polytechnique de Paris, the putative “French MIT”.This continues a history of productive networking reflected in membership of the Groupe des Ecoles de Telecommunication since 1996, Paris Tech and the 13-member IMT group of Mines and Telecoms schools.

Specialist laboratories include the Interdisciplinary Institute of Innovation and the Information, Processing and Communications Laboratory (LTCI). The Entrepreneur Incubator usually has around 40 companies in situ and is reckoned to have launched close to 400 enterprises. 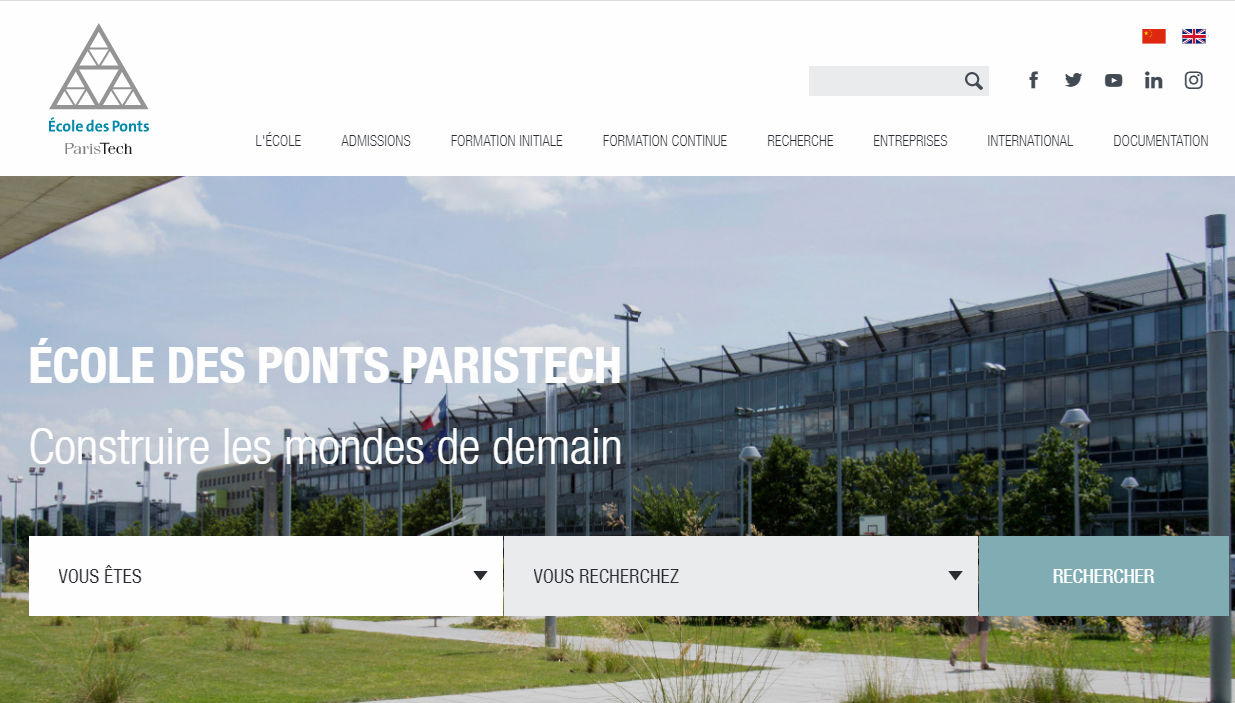 The École des Ponts ParisTech (Ponts for short) offers undergraduate and postgraduate teaching in engineering, science and technology and is widely regarded as one of the better technical universities in France, and has a positive reputation international originally called the École royale des ponts et chaussées, the university has as prestigious history dating back to 1747 when it was set up in order up to train France’s civil engineers to build the county’s roads and bridges and canals.

The first class consisted of 50 students and had no professor, they successfully taught themselves the necessary algebra, geometry and mechanical skills to maintain France’s infrastructure. The school continued to grow and flourish under Napoleon and through the 20th century. Today the focus is still very much on creating France’s best technical minds. The university offers courses in mechanics, materials and civil engineering, computer sciences, urban and environmental engineering, transport, sociology and economics among others.

Teaching at Ponts is broken down into six departments offering taught courses and a whole raft of research centres and labs training PhD students and postgraduates. The university is renowned for its close links with international academia and has double-degree schemes with over 30 universities across 20 countries. Exchange semesters are also on offer in partnership with some of the most famous technical schools in the world including Berkeley, Georgia Tech and Imperial College, London.

This international focus makes for an extremely cosmopolitan student body with roughly 40% choosing to study a double degree abroad and 30% of its students from outside France. 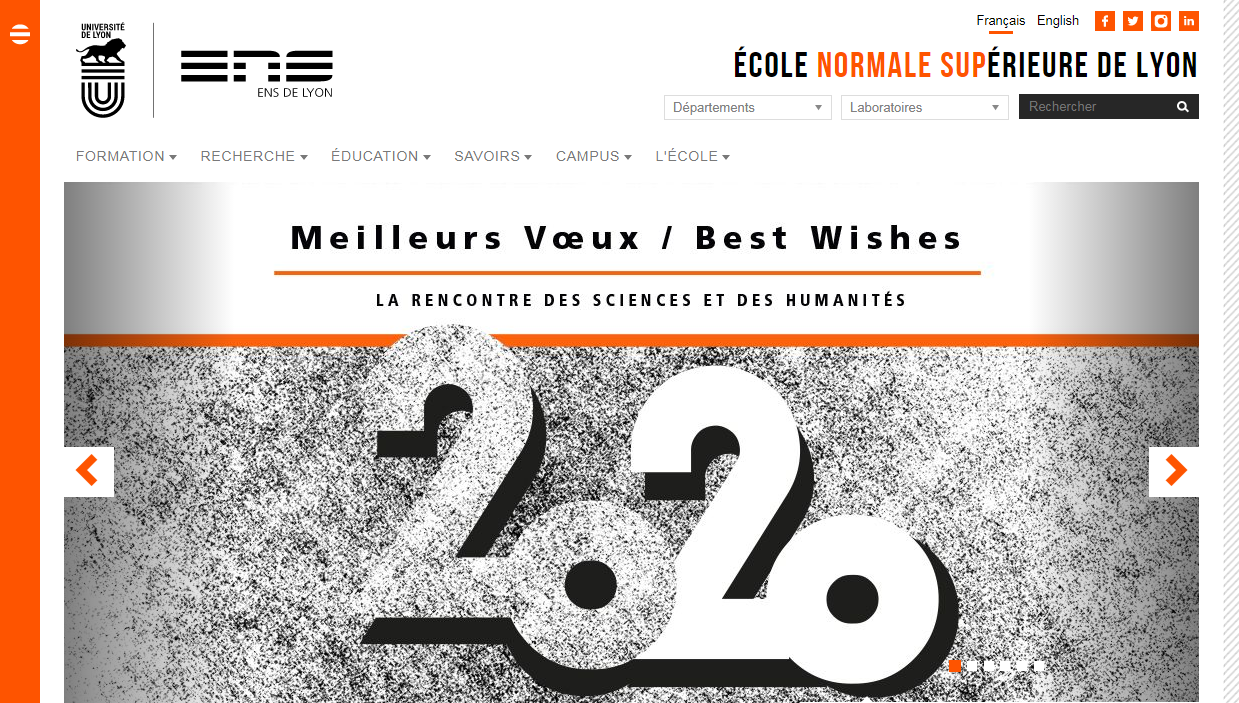 École Normale Supérieure de Lyon (ENS Lyon) is a French institution based in the city of Lyon.

As one of France’s four Écoles Normales Supérieures, ENS Lyon is a premier institution of research and learning. The majority of its students are recruited directly from French preparatory schools. However, a portion of its students earn the right to attend by passing rigorous entrance exams. These students, who come from France and Europe, are seen as civil servants in training, and are expected to work for France in exchange for financial support during university.ENS Lyon’s mission is to train students to ask the right questions and to come up with innovative answers.

The university has its own start-up business innovator, which hosts projects in fields such as medical technology, computer sciences and geography. One previous project resulted in the development of supercomputer technology capable of effectively predicting seismic activity, making a step forward in earthquake prevention.

The first ENS was founded after the French Revolution and has since produced such great minds as Louis Pasteur, Jean-Paul Sartre and Simone Weil. Building on the success of the original school, ENS Lyon was founded in 1880.

The campus in Lyon is located close to the city centre with good public transport links. Throughout the year, conferences and events take place in the university’s facilities, such as the Kantor Theatre and the Salle Dutilleux. 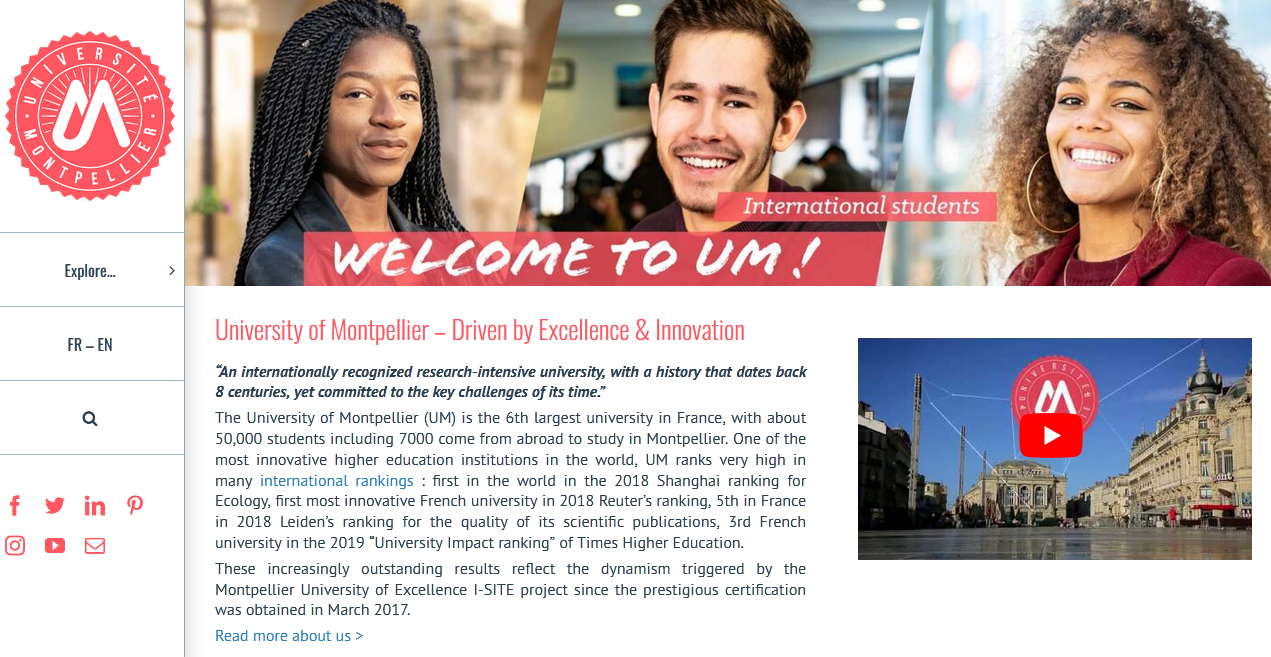 Created in January 2015, Montpellier University (UM) is the result of the merger of Montpellier Universities 1 and 2, benefiting from the excellence of both institutions. The institution now revives the universal ambition of the first university created in Montpellier in 1289 as a secular and international establishment. Over a period of eight centuries, intellectuals and scientists, from Rabelais and Curie to Renaudot, Chaptal and Grothendieck, have shaped a university closely tied with the city’s life and involved in the great challenges of its times. UM brings together a vast community of knowledge, from science, techniques and medicine to environmental and educational science, as well as economics, law and political sciences. 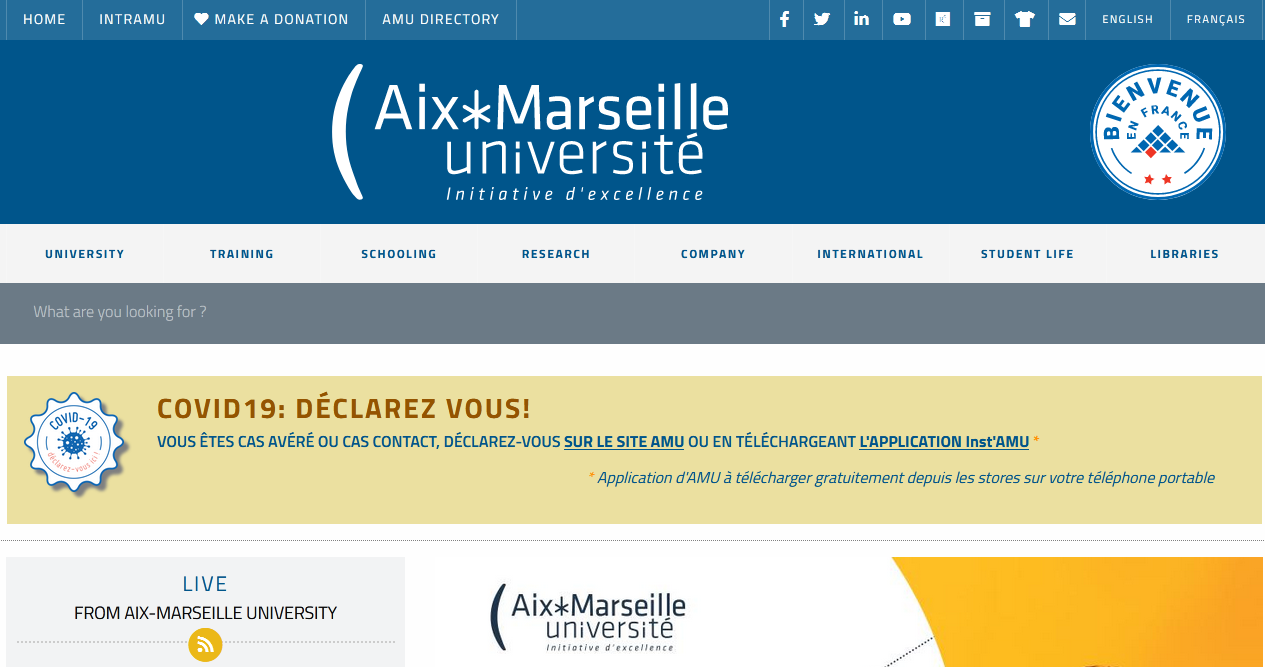 The university has five campuses located in Aix-en-Provence and Marseilles. It has 19 faculties and 12 doctoral schools and offers about 600 courses across the disciplines, including arts, literature, social sciences, science and technology. AMU also has more than 500 hundred research and teaching partnerships, collaborating closely with such institutions as the French National Centre for Scientific Research (CNRS) and the French Atomic Energy and Alternative Energies Commission (CEA). Some programmes are also taught in both French and English for international students, of which there are more than 10,000.

There are many notable alumni and faculty of AMU in the fields of law, politics, business, economics, and literature. These include four Nobel prizewinners – such as J. M. G. Le Clézio, winner of the 2008 Nobel Prize for Literature – and multiple heads of state of countries from around the world, along with many important judges, economists, diplomats, scientists, journalists, artists and musicians. Film-makers and actors such as Jean Renoir and Bradley Cooper are also alumni of AMU.