The Indian Institute of Science (IISc), Bengaluru will be conducting the Joint Admission Test for MSc (JAM) on February 14. The entrance exam will be held for admissions into MSc (Two Year), Joint MSc-PhD, MSc-PhD Dual Degree and other Post-Bachelor’s Degree programmes at the IITs and to the Integrated PhD programmes at IISc. JAM admit card was released on January 11 on the official website joaps.iisc.ac.in. 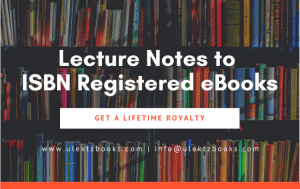 Biotechnology consists of 10+2+3 Biology and Chemistry syllabi and 10+2 Mathematics and Physics syllabi.

With a few days left for the IIT JAM entrance exam, the candidates must start revising their important topics and refer to their notes.

Do not fret to start new topics, rather concentrate on the syllabus which has already been covered. Revise the notes and focus on the questions which have been found difficult.

Repeatedly solving the previous years’ question papers will make the candidates confident about the actual test and will help in the improvement of speed. As most of the IIT JAM syllabus would already be covered, it is better to take on the whole practice paper and try to complete it within a given time.

A variety of JAM mock tests are available online. The students can attempt those mock tests to know their preparedness level by analysing their scores. This would help them to identify their weaker areas and work on them

Keep a note of the frequently asked questions in the IIT JAM exams and try to solve them. There are likely chances that the exam authority would ask similar questions this year and the candidates must try to solve them in limited time to be able to give more time to newer questions

One Reply to “IIT JAM 2021: Tips To Prepare For MSc Entrance Exam”