The Winner of Global Teacher Prize 2020 – Ranjitsinh Disale will be mentoring teachers in Maharashtra through the ‘Teacher Inspiration workshops on the usage of Modern Technology in Education’. The announcement regarding the workshop was made by Maharashtra Rural Development Minister Hasan Mushrif who pointed out that with the help of the workshops, teachers in the state will be able to gain new confidence and also work with more enthusiasm.

The initiative will also help change the way in which the communities look at the government schools, the minister pointed out. 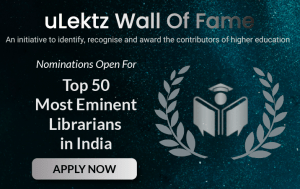 Ranjitsinh Disale who works as a teacher at the Zilla Parishad Primary School Paritewadi in Solapur District won the Global Teacher Prize 2020 in recognition of his efforts to promote the education of girls and also triggered a QR code-based textbook revolution.

Disale has also been teaching students from over 1400 schools in more than 143 countries through the initiative – Virtual Field Trip’ adding that Disale has mentored over 600 teachers to impart knowledge through technology.

Disale won the USD 1 Million in recognition of the efforts to promote girls’ education and trigger a quick response codes textbook revolution in India. On winning the award Disale had announced that he will be sharing 50 per cent of the prize money with the fellow finalists to support their work. Disale emerged as the winner from the Top 10 teachers selected from over 12,000 nominations from 140 countries. The top contenders included –  Olasunkanmi Opeifa from Nigeria, Jamie Frost from the UK, Yun Jeong-Hyun from South Korea, Carlo Mazzone from Italy, Samuel Isaiah from Malaysia, Leah Juelke from the US, Hà Ánh PhÆ°á»£ng from Vietnam, Mokhudu Cynthia Machaba from South Africa, and Doani Emanuela Bertan from Brazil.