NTR University of Health Sciences, Vijayawada is the authority responsible for releasing the NEET cut-off for admission into MBBS and BDS courses in Andhra Pradesh. NTRUHS will declare the cut-off for 85 per cent state quota seats in government colleges and all the seats in private medical and dental colleges of the state while the cut-off for 15 per cent all India quota seats in government colleges will be declared by the Directorate General of Health Services (DGHS).

NEET cut-off is the marks or ranks that candidates need to secure in the exam to get a seat in MBBS or BDS course. The state counselling authority will be releasing the seat allotment list. The list consists of the NEET marks and ranks of the candidates who have secured admission in medical/dental colleges of the state.

The last rank and its corresponding marks at which seat is allotted in college is the cutoff for that college.

The cut-off is determined after considering various factors. Some of the factors are listed below:

– The total number of candidates who have applied for admission

– Difficulty level of the NEET exam

– Category of the candidate

Candidates can refer to the previous years’ NEET cut-off for Andhra Pradesh to know the ranks at which admission closed last year. This will help them during the choice filling process. NEET 2019 cut-off for all India quota (AIQ) and state quota admission in Andhra Pradesh is given below. 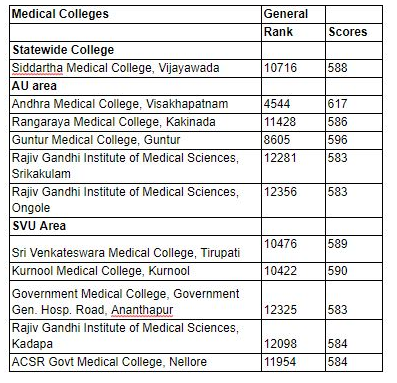 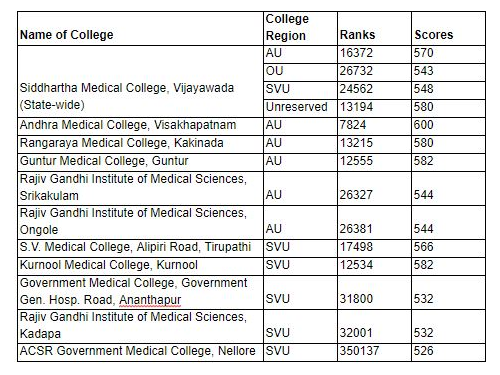 The ranks/ scores mentioned in the table above are for the general category.

National Testing Agency (NTA) concluded the NEET exam on September 13. NEET 2020 official answer key is likely to be released by September 28. The result is expected to be announced by October 12.